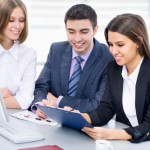 The WN conferences attract influential professionals and developers in the mobile game industry and take place twice a year in St. Petersburg (in February as the Winter Nights and in June as the White Nights).

Two sets of lectures and panel discussions will be running in parallel in the late afternoon.

The agenda includes three atmospheric networking parties: The welcome pre-party on the day preceding the event, an all night party after the first day and business mingle that concludes the second day.

The WN Conference is organized by Nevosoft, a St. Petersburg based casual game developer and publisher.