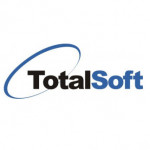 TotalSoft Austria, the subsidiary of the regional software provider and member of Global Finance, has announced its strategic intent to become the software supplier of choice for the leasing industry, and short-list supplier for project management and business applications in Austria.

During the opening event held in Vienna, the company’s CEO, Liviu Drăgan, stated that he has set an ambitious financial objective for the Austrian subsidiary, of € 5 Million in the next 3 years, leveraging the company’s existing major references, nearshore convenience and commercial flexibility.

As one of the most powerful regional producers of enterprise software, TotalSoft wants to continue to serve clients in Central and Eastern Europe and actively address companies in the DACH region with its reliable software suite and cost-effective services.

With a growing portfolio of international clients in 25 countries, TotalSoft already works in Austria with major companies in its flagship verticals, such as Deutsche Leasing, BNP Paribas, OMV and EconGas.

„After the first 3 months with the incorporated legal entity in Austria, we can appraise the situation for TotalSoft very promising. TotalSoft as a new player on the Austrian IT market experienced a high level of interest granted by the targeted industries. It seems that the domestic companies are really willing to give a chance to a new entry that already succeeded abroad with a very attractive package of “out of the standard functionality” and an incredible price/earnings ratio. Obviously the international implementation success becomes more and more important when IT suppliers are invited to participate in RfP procedures. TotalSoft Austria appreciates such market awareness and will endeavor to be considered as the logical alternative of choice“, has stated Marc Breit, CEO TotalSoft Austria, during the official opening event of the Austrian subsidiary.

The ERP solution produced by TotalSoft is the home market leader according to Pierre Audoin Consultants, and it was ranked in top five B2B Vertical solutions in Europe by IT Europa. The ERP software dedicated to leasing companies is one of the most popular solutions in Europe, ranked by KPMG in Worldwide Top 10 most powerful leasing software solutions.
The company holds the Oracle Platinum Partner status and owns over 90% share of the project management solutions home market. In Austria, TotalSoft is the only Platinum Partner specialized in Primavera Project Management.

With over 17 years of experience, TotalSoft is the largest Romanian ERP provider, according to the market research company PAC. With 1,500 clients in the private and public sector in 25 countries, such as Austria, Germany, UK, Austria, Italy or France, TotalSoft has an undeniable expertise in 9 verticals, focusing on retail and distribution, constructions, financial services and medical ones.

The company has its own suite of software solutions, namely Charisma Business Suite, to which renowned systems, such as Charisma ERP, Charisma HCM or Charisma Medical Software belong.
TotalSoft is member of Global Finance Group, one of the largest private investment companies in South-Eastern Europe, with offices in Athens, Bucharest, Sofia and Belgrade. Global Finance manages funds amounting to over EUR 850 million and has carried out over 70 investments since its founding in 1991.