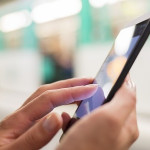 Juniper Research forecasts that 23 billion transport and events tickets will be purchased using mobile handsets by the end of the decade, with airlines and public transport particularly lucrative.

The airline industry will see a surge in mobile ticketing use over the next three-and-a-half years, as mobile becomes firmly established as the preferred platform for passengers to book and buy tickets, according to Juniper Research.

In its research, titled Mobile and online ticketing: Deep dive strategy and competition 2016-2020, the UK-based analyst firm forecast that 23 billion transport and events tickets will be bought worldwide using a mobile handset by the end of the decade.

This will be more than double the volume expected in 2016, as more transport agencies and organisations enhance their app capabilities and integrate services such as Apple Pay and Samsung’s equivalent.

Airlines are leading the way here, and airline app ticketing is already the most established in terms of deployment and adoption, said Juniper analyst Nitin Bhas. In 2015, the aviation sector saw a 50% increase in app-based ticketing users, and this is expected to grow by nearly 40% in 2016.

“While app-based ticketing user adoption continues to be strong across a range of ticketing markets, sales volume growth will be driven by low-value metro and bus ticket purchases, most notably in the US market,”

But for ticketing app adoption to extend much further, he said providers would need to begin to incorporate more services, such as location-based services, and offer richer content across the overall experience, from discovery to delivery, validation and future engagement.

Juniper’s research also uncovered a growing awareness among ticketing providers of the potential for using beacons to validate tickets when users walk into a “gated” environment, with a number of trials of Bluetooth Low Energy (BLE) enabled ticketing apps taking place in the UK, under the guidance of FutureRailway, a collaboration between the Rail Safety and Standards Board and Network Rail.

Bhas said that with beacon deployments increasing in public locations such as train and bus stations and airports, beacon-based ticketing will bring greater convenience to passengers, by removing the need to place a device on a reader, for example, and calculating fares automatically.