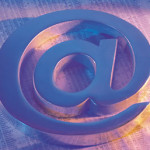 Offshoring has become so engrained in IT processes that 65% of businesses now do it for some aspect of their business, according to an annual survey of IT budgets and technology trends by the Society of Information Management (SIM).

This survey, which is based on data collected from CIOs and senior IT leaders at 275 companies, found that nearly a quarter of the companies using offshore services did so to run existing systems applications. And another 20% said they used offshore services to manage their infrastructure.

This survey is wide-ranging and offers a number of findings about how corporations and workers are dealing with continuing economic problems.

“The boomers that were expecting to leave aren’t leaving,” said Jerry Luftman, a management professor at Stevens Institute of Technology who heads SIM’s survey project.

The average tenure of a CIO is 4.36 years, the survey reported. That finding lines up well with similar surveys .

Although the timing of this report was before the stock market’s August-September swoon, Luftman believes that respondents weren’t necessarily optimistic about the economy. “Nobody is confident that the economy is turned around,” he said.

The top management concern, according to the survey, is business alignment; the last concern, in the list of 10, is IT cost reduction. The reason IT cost reduction is such a low priority is that many companies are trying to leverage IT to reduce costs instead of cutting IT to save money, said Luftman.

The other IT priorities, in order, were business agility, business process management, IT strategic planning, IT reliability and efficiency, enterprise architecture, security and revenue-generating IT innovations.

Of the firms using offshore outsourcing , 58% had turned to Indian-based companies, with the next largest segment, China at 10%. That was followed by Mexico, 7%; Western Europe, 6%; and Eastern Europe, Philippines and the Caribbean, all tied at 4%. Russia and Brazil were tied at 3%, the survey said.