Should You Use TypeScript in Your Code? 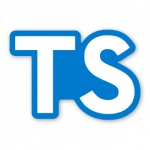 One of the most critical features that individuals look for in today’s software technology is robustness. With factors such as internet and cybercrime on the rise, developers are under pressure to come up with software solutions that can handle heavy traffic and keep off intrusions while still performing at its peak. High performance for software means proper coding with little to no chances of bugs, and for coders to achieve this, they require a coding language that is keen to detect errors as soon as they are made.

Software developers are always coming up with languages which offer this code robustness and ensure the development of reliable software solutions. For a long time, JavaScript has been the code of use. However, there are issues which were realized while using JavaScript, such as the inability to create classes and the fact that JavaScript is a weakly typed language. This led to the development of supersets (extensions) of JavaScript to add features which would make it more robust. TypeScript is one such superset. Developed by Microsoft, this open source framework has been available to the public since 2012 and has given us enough reasons to realize its importance.

One of the most significant advantages that TypeScript offers is the option of static typing while coding. Typing here is used to refer to the data type of a variable. In JavaScript, dynamic typing is employed, where variables need not be defined until when they are required. This, however, has been seen as a disadvantage because debugging becomes a much longer and tedious process, where one cannot identify errors until run-time. With TypeScript, however, debugging becomes easier because it can notice such errors while you type your code. Error messages appear as soon as the coding errors are realized, allowing developers to debug their code as they move.

Another property of TypeScript which developers have found to be helpful is how readable its code is. With JavaScript, there is an absence of classes and arrow functions, and coders have to utilize Immediately-Invoked Function Expressions (IIFE) to take care of such needs. There is also the use of “prototype” references when one is defining a function. All these additions make JavaScript a somewhat complicated language to use. With TypeScript, however, the code is much more legible, eliminating the need for additional JavaScript components. This advantage is especially realized when it comes to large projects and projects which are under development by a large team of coders because it becomes easier to expand the team. Moreover, as mentioned earlier, debugging becomes a less tedious task.

Languages are always updated from time to time so that they can offer developers with more tools to work with and a more enjoyable coding environment. However, these updates may sometimes eliminate some features of previous versions which developers found useful for their projects, making them incompatible with new versions. This is evident with JavaScript, seeing as there are at least three functional versions in the market today (ES3, ES5, and ES6). Each of these versions has different compatibility requirements with the JavaScript engine. TypeScript allows coders to compile features of new versions with that of older ones, allowing you to develop software that works on old and new browsers alike.

Thanks to the type annotations provided by TypeScript, development teams can have a clearer understanding of how certain pieces of code work. Through this knowledge, they can always work to improve existing code so that it is not bulky or unnecessarily complicated.

While TypeScript is likely to be grasped easier by back-end developers, front-end developers can as easily catch up. TypeScript allows organizations to formulate efficient development teams for their project by providing interfaces (also known as contracts) for the two teams. Through these contracts, TypeScript can always check to ensure that both teams are working according to the parameters that have been set in place. In case one team does not work according to the parameters defined, then TypeScript returns a compilation error when the system is run, and this gives a form of accountability for each team.

Because TypeScript is a strongly typed language, modern IDEs have the advantage of being able to provide code completion so that developers don’t have to keep typing all their code each time. This feature is called IntelliSense. The advantage for developers here is that their productivity levels are boosted significantly, seeing as all they have to do is select the proper code completion from the options offered on the API.

Seeing as TypeScript has been around for almost half a decade, it is considered a stable language. New features are being developed every few months to make it even more robust. Furthermore, its popularity, as noted by studies and analysis, continues to grow each year. TypeScript is, therefore, a language that is here to stay. Considering it is among the strongest and most adaptable supersets of JavaScript, TypeScript is considered a viable investment for development teams and companies worldwide.