Uber Has Been Banned from Operating In Brno 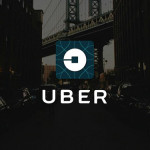 Launching on the local market in 2014, Uber has faced a number of challenges in its early years of in the Czech Republic.

In Prague, stiff competition from start-ups coupled with criticism by city officials who say that the company, which bills itself as a technology platform, should be subject to regulation, have led to speculation that it could disappear from the Czech market.

Now in Brno, the Czech Republic’s second-largest city, a regional court has issued a ban on the ride-sharing service after a complaint was filed by a taxi company.

Issuing a statement last Tuesday, Brno City Hall said it is not against mobile applications and new taxi services but they have to be provided in line with the law.

Uber, which has been operating in Brno since Feb. 1, is expected to appeal the ruling.

The company, which has been ban in several other European countries, still operates in the Czech capital, Prague.

Last year, when it was widely reported that Uber drivers were leaving the company en masse, Uber reps maintained that business is flourishing there.