UK-EU talks have failed to raise confidence of IT leaders 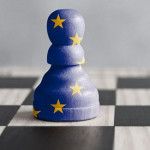 Only 1% of IT decision-makers that were holding back investment plans because of Brexit have been given enough confidence in recent months to step up their IT plans.

This year’s general election and the start of talks between the UK and the EU have done nothing to give those in charge of IT budgets any confidence to plan ahead.

A survey has revealed that only one out of 100 IT decision-makers has decided to speed up IT investments since May.

The survey, from Accenture spin-off Avanade, revealed that 40% are still slowing down their IT investments because of the uncertainties Brexit is creating, compared with the 41% in a similar survey by Avanade four months ago.

The lack of progress is not surprising, with more than half (56%) of the survey respondents saying that they are less certain about Brexit now than they were before the general election. More than one-third (35%) are even pulling back on investments in cloud services technology.

Some businesses said they were not even sure what operations they will have in the UK after March 2019.

“We don’t know where our headquarters will be in two years’ time,”

“If we have a hard Brexit with WTO [World Trade Organization] tariffs, then many of our operations in the UK will be moved abroad.”

This concern is most evident in the banking sector, where in recent months banks have gone public about their plans to move jobs out of the UK, with Dublin, Frankfurt and Paris among possible destinations.

Avanade’s research found that despite almost unanimous acceptance that Brexit will create disruption, there were contrasting views from businesses about what they should do to prepare for Brexit.

“We found deep division over the best course of action,”

“Brexit was either seen as an opportunity to accelerate IT investment and digital transformation, or it was seen as an issue not worth addressing because there were too many unknowns.”

Amid the challenges, 71% of respondents said they had made significant progress in planning for Brexit and more than half (55%) said they were ahead of their competitors.