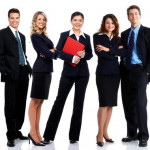 According to the Association “IT Ukraine” report Ukraine again entered the top five countries in the world with the largest number of certified IT professionals, taking the 4th place after the U.S., India and Russia.

This is not the first hit of Ukraine to the TOP-5 rankings, since in the past year our country has also held the 4th place. Today the number of certified professionals in the field of information technologies in Ukraine is about 25 thousand people, though the total number of IT professionals in Ukraine according to various estimates is ranging from 200 to 215 thousand people.

Ukrainian universities annually graduate about 15,000 graduates in the IT sector. Number of IT professionals in Ukraine continues to grow annually, and it is expected that by 2015 this number will compose 315,000 people. The growth in the number of specialists in this sphere is a natural response to the growing demand of the U.S. and Western European companies for “Ukrainian IT-gurus”, which has already become a kind of brand in the Western world.

According to the independent studies, Ukraine shows the most dynamic growth in the IT industry among all the countries of Central and Eastern Europe.

“According to the official data, in 2013 the volume of services delivered in computer programming and other services in the IT-field amounted to UAH 11.4 billion, which is by 17.5 % more than last year. Despite the difficult political situation in January 2014 it has also showed the growth in IT services. During the first months of the year it has amounted to UAH 842.7 million, which is by 42.3 % more than in the same period in 2013,”

- said the Chairman of the Parliament Committee on Information Technology and Informatization.

Below you may see the infographics based on statistics for the first quarter of 2014.