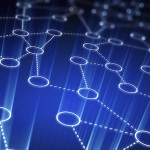 Ukraine first in the world launched the electronic state auction on blockchain technology. The Prime Minister of Ukraine Volodymyr Groysman reported this at Facebook.

‘Blockchain is the world trend and it considered as the key innovation that can change all spheres from the financial to the state governance. Exactly this technology provides the decentralized storage and protections of the information; it can lead to the change of the classic functions of the banks, notary and even state notary; destroy the corruption; provide the transparency of all processes and give a prominent competitive advantage to a country. The pilot project really became groundbreaking and innovative in the scale of the whole world to provide the transparency of the biggest state auction of Ukraine’

According to him, the launch of such auction is the important step for the development of the digital economy in Ukraine and it is an accelerator of the social and economic life of the society in the modern world and it can quickly increase the GDP of the country.

The blockchain is the distributed data base that supports the increasing list of the records, so-called blocks and it is protected from the forgery and re-work. Every block contains a temporary tab and links to the previous block. The distributed database is the ground for the bitcoin.