Ukrainian companies signed a major IT outsourcing deal. Is this a start of new trend? 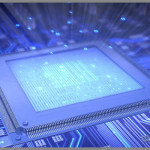 This month Ukrainian IT industry saw a major outsourcing partnership established. The largest mobile operator in Ukraine signed up a 2 years IT outsourcing deal with one of the Ukrainian IT service providers to implement Virtual Desktop Infrastructure solution.

Kyivstar which serves every second citizen in Ukraine conducted a tender with major IT service providers in Ukraine placing an order to Miratech, a Ukrainian part of EDB IT group.

This fact is supporting the cliche about Ukrainian IT sector which is mostly driven by the export of IT services to foreign companies, while internal market suffers from the lack of quilified resources and capacities.

Being oriented on foreign markets Ukrainian IT service providers are literally too expesnive for Ukrainian based customers, so making the process of informatization and innovation sluggish. Ukrainian IT companies cannot afford to pay for the first-class IT resources so have to look for other ways to improve their IT.

However, with more Ukrainian enterprises seem to realize the benefits of informatization from one side, and with more foreign companies entering the Ukrainian markets and requiring IT support from another this situation is likely to change. The deal between Kyivstar and Miratech can be just the begining of the future trend.

- will Ukrainian IT sector be able to keep up with the demand and supply with highly-qulified resources?

- will Ukrainian companies be ready to pay extortionate rates?