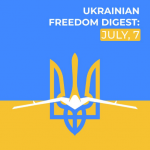 As for QATestLab news, the company supports Ukraine’s course toward digital leadership and works tirelessly to check software worldwide. Earlier, the testing services provider announced their special summer offer with a 25% discount. The first promotional contracts have already been concluded, so hurry up and get highly qualified testing at a special price.