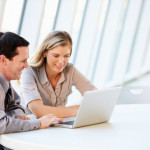 Ukraine has been universally regarded as of one of the world’s top software outsourcing destinations, responsible for the success of a multitude of technology business initiatives some of which would have been merely impossible to implement without the immense talent and experience of the country’s IT workforce.

For nearly two decades now, the country’s clear-cut advantages, including the large, fundamentally and variously educated talent pool, low costs, ease of communication with Ukrainian counterparts, and, as a result, the invariably high quality of the delivered software, have been benefits convincing enough to favor Ukraine over many other popular offshore locations.

Many of Ukrainian companies’ Western clients have come to regard their Ukrainian operation as the primary, if no-alternative, means of achieving their corporate goals.

The huge number of software development companies in Ukraine (around 4000 in 2012), just like the 30% growth rate the country’s IT sector has shown in recent years, is proof that Ukraine is a global player on the international IT market.

The recent tumultuous events in the country, frequently downright overhyped by some for a lack of understanding of the local specifics, have caused many Western businesses to mull over whether the accustomed way they conduct business, just like the many benefits they’ve grown so accustomed to over the years, are no longer available to them.

The situation is even more of a dilemma for those Western corporates that have no previous experience with, or good knowledge of Ukraine, but that have just come to realize that the pack-a-punch solutions their businesses are so much in need of are within easy reach.

So, what should be done by both those, who are unwilling to relinquish of their existing, oftentimes, business-critical benefits, and those who have just discerned those benefits, but are poised for action due to the vision of the situation instilled by outsiders who have never as much as been to Ukraine?

What You Need to Know When Poised for a Decision

There are two major factors to consider regarding software development in Ukraine. First, what is the real situation in Ukraine from a business point of view? Second, what are the pros and cons of cooperation with a Ukrainian software service provider under the current circumstances? What is also important to consider is that a company in Ukraine has a much better perspective on doing business there than what you see on the news.

It should be noted at once, that when you hear news of Ukraine, it deals with a nearly 50-million strong nation and a country roughly the size of France. Business-wise, what is going on in some part of the country may be in no way affecting directly a business entity in some other part of the country, especially when it deals with a software outsourcing provider that does not depend on virtually any suppliers and whose clients are normally located elsewhere.

Moreover, historically, Ukraine’s somewhat boisterous political life has never affected the rise of the nation’s software outsourcing industry, whose output is, currently, estimated at some $ 3 billion and is projected by leading experts to show further significant growth in 2014 despite the country’s current problems. Among the recent statistics that corroborate this trend is the 18% growth the exports of the country’s computer services saw in the first quarter of 2014.

Obviously, the well-known events in the Ukrainian capital of Kyiv, where the bulk of the nation’s IT industry is based, including the R & D centers of numerous overseas software vendors, have failed to affect the overall growth of the local software industry. The uninterrupted inflow of projects from abroad, and the firm commitment to continue their local operation on the part of the market-leading overseas vendors show that the industry’s leading players, with a rare exception, see no reason for drastic changes in their Ukraine-related business plans.

Naturally, due to their long-time business presence in the country, these companies are well-positioned to monitor and gauge the possible risks, opportunities, and future benefits.

One can say the above holds true for all of Ukraine’s principal software development locations. The areas of Ukraine affected by the current unrest have never had any significance for the software development industry. All of Ukraine’s major software outsourcing hub centers, such as Kharkiv, Dnipropoterovsk, L’viv, and others, are located outside the troubled Donbass region, and the advent of similar circumstances here seems to be more than far-fetched to all those familiar with the country’s regional specifics.

One more important indicator of stability of the business climate in Ukraine’s key software development hubs is the technology start-ups that have sprung up in recent months. Those familiar with the matter know that over recent years new R & D centers of international software vendors have been cropping up even in those areas where they were previously least expected to appear.

It is hard to evaluate the tendencies now, but one can say with confidence that at least the number of Ukrainian-owned software development firms, often founded by other companies’ former IT executives, has still been growing.

It is also a positive sign that those shrewd investors who base their decisions on well-grounded country-specific insights remain undaunted by the present-day challenges too, and the inflow of both domestic and foreign investment in the Ukrainian IT sector remains ongoing. For example, in May, 2014, the venture capital fund AVentures Capital, in cooperation with other funds, announced investments in the Ukrainian IT companies Coppertino, Augmented Pixels, and StarWind.

In early June 2014, the US software vendor Intersog acquired the Odessa-based software developer SoftTechnics, while the venture capital fund ApexVNT Limited (London) purchased a 10% share in the Ukrainian IT provider EpsySoft.

An important factor that adds significantly to the prevalent optimistic mood among those engaged in Ukraine’s software development industry is a number of major initiatives that are called to promote Ukraine as one of the principal outsourcing destinations, and will definitely help Ukraine-based software vendors overcome the current difficulties.

Ukraine’s Government signed an agreement with several Ukraine-based software vendors, including Ciklum, SoftServe, Miratech, EPAM Ukraine, GlobalLogic, Luxoft Ukraine, and IT Ukraine. It is planned to invest around USD 1 billion in the country’s educational system, and create more favorable conditions for IT specialists to discourage them from seeking better job prospects abroad.

It is expected that the move will help create around 100 000 more IT jobs by 2020, while the profit from implementing the initiative will constitute some USD 10 billion received from exports of Ukrainian-made software to the U.S. and EU.