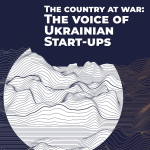 Their goal is to understand the impact of the Russian invasion on Ukrainian start-ups after several months of heroic resistance, the dynamics of the sector and the most effective methods of support.

The report also looks at the developments of the Ukrainian IT sector over the last decade and forecasts its development over the next several months.

The research project is aimed at promoting Ukrainian start-ups and the entire tech sector through international media, venture funds and other global stakeholders.