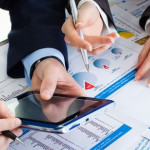 It’s a year since Yevgeny Sysoyev, managing partner of leading Ukrainian fund AVentures Capital, produced his first overview of Ukraine’s top-100 startups. A lot has changed since then, and many more people are now familiar with the complicated geography, politics and economics of his country.

The Ukrainian startup ecosystem is still comparatively small, with a maximum valuation of $2.5 billion, less than Russia’s biggest tech companies Yandex and Mail.ru, and about the same as leading social network VK.com.

However, despite its infancy there are a number of reasons to pay attention to the Ukrainian startup scene. Firstly, it is very globally oriented – 53 of the top-100 startups are oriented towards global markets. Secondly, it is growing at an impressive rate, with the capitalisation of the top-100 doubling in the past year. Thirdly, Ukraine’s economy, particularly outside of the industrialised East, is desperately in need of fresh ideas. Startups have the potential to move the country forward in places like Kiev, Lviv, Odessa, Kharkiv and Dnepropetrovsk.

More than a quarter of Ukraine’s startups are involved in e-commerce, while 21% offer online services. e-commerce projects tend to be locally oriented, with 85% targeting only the Ukrainian market. In comparison, 45% of online services projects are globally-oriented, as are 67% of software companies and 100% of gaming and mobile technology startups.

In total, 53% of the top-100 are globally oriented, while 38% target only Ukraine and 9% operate throughout the former CIS region. Sysoyev identifies All.biz, ExpoPromoter and Divan.tv as notable projects to have gone global in the past year.

More than 80% of the top Ukrainian startups break even or make a profit. The vast majority of these have achieved this without significant support from investors. Only 9 projects have raised more than $5 million and 68 have received less than $1 million from VCs.

These low numbers are unsurprising, given that just $50 million were invested in Ukrainian startups in 2013. The biggest investments passed almost unnoticed, as they were mostly additional funding from previous backers. modnaKasta, Megogo, All.biz, Slando and Aukro (three of which are Naspers portfolio companies) all raised funding to accelerate their growth, while other deals worthy of note involved Topmall, label.ua and Fotomag.

The capitalisation of Ukrainian startups reflects the infancy of the sector, with a significant majority of the top-100 valued at less than $10 million. Of course, this means that there is plenty of room for growth, and Sysoyev is expecting more $100 million companies to appear in the next few years, along with a more developed venture ecosystem.

The sale of outsourcing company GlobalLogic to Apax for $420 million was big news for the Ukrainian tech community. Although the company is Indian, more than 2,000 of its 6,000+ employees are based in Ukraine.

In another major deal Maksim Polyakov, founder of dating site Cupid, bought back his shares in the company from investors. Sysoyev also mentions the sale of Portmone to Dragon Capital in the first major deal in Ukraine involving a direct investment fund, and adds that Ukraine now has a number of companies that have developed sufficiently to attract the attention of direct investment funds.

In 2013 Rozetka cemented its position as one of Ukraine’s leading e-commerce retailers, along with shopping-clubs modnaKasta and LeBoutique, which both recorded triple figure growth over the last 12 months.

New entries to the top-100 tickets.ua and Senturia, both flight retailers, grew even faster, as did e-ticket seller karabas.com

It’s also worth mentioning the entry of Russia’s Lamoda into the Ukrainian market, while topmall.ua is another notable arrival and Bull Ventures’ investment in label.ua has put the company in a position to challenge for market share. Sysoyev expects to see some healthy competition between these services in 2014 as they try to establish themselves in the sector.

There was no let up in the battle for dominance of the classified ads sector, which Sysoyev reckons could be worth tens of millions of dollars in 3-5 years. Slando.ua is the undisputed leader for property ads, and it has run an expensive TV campaign to try and grab the number 1 spot in other categories, including cars. To do so, it will have to overcome the challenge of ria.ua, avtobazar.ua and rst.ru.

Three players in the video market experienced dynamic growth last year. Megogo became the #2 video service in the CIS region (after Russia’s ivi.ru) and established itself as the undisputed leader in Ukraine. On the domestic front oll.tv is competing with divan.tv for second place, but the latter is currently focussing its attention on international expansion.

None of these projects have disclosed information about their investments, but they are thought to be worth seven or even eight figures.

A number of software companies with Ukrainian roots made breakthroughs this year, including Grammarly, Jelastic, nuPSYS, Cloudessa, Starwind Software and Augmented Pixels. These companies are already well known in Silicon Valley and their hard-to-repeat solutions are recognised as some of the best in the world.

Readdle consolidated its remarkable success in the productivity-app sector. During its marketing campaigns daily downloads peaked at over 1 million. Sysoyev added that he often hears the app mentioned around the world by people who have no idea that the company is Ukrainian. In fact, the whole team is based in Odessa.

One project Sysoyev is tipping for success in 2014 is Coppertino’s audio player VOX, which had a very successful Mac OS launch and is now preparing to launch iOS and Android versions.

In 2013 all the attention went to projects that raised investment, despite the fact that some were either unprofitable or unsustainable. At the same time, the real stars went almost unnoticed. A number of Ukrainian startups that are already among the best in the world in their niche continued to grow at 50-100% – such as Jooble, DepositPhotos, Grammarly, Readdle and prom.ua.

These, Sysoyev reckons, are the projects to look out for in 2014.