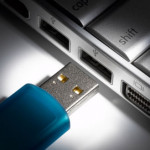 The study also found that organizations engaged in outsourcing are recognizing the need to invest in IT-enabled solutions, but must overhaul business and operating models to fully exploit the technologies’ potential.

“Buyers are placing great emphasis on investing in IT, but given the economic uncertainty, all efforts undertaken will occur under watchful, cost conscious eyes,” said Stan Lepeak, global research director in KPMG’s Management Consulting Group. “Buyers and providers are smarter, more experienced, and less likely to enter into larger and more risky deals, and evolutionary innovations such as cloud computing and targeted BPO are changing the nature of what constitutes outsourcing.”

Some 73 percent of advisors and 79 percent of providers polled cited the weak economy as likely having the biggest impact on buyer businesses and operations, especially in Europe.

However, there are positive signs for improving economic growth in some western markets, such as North America, and emerging market growth still is expected to be strong: 53 percent of advisors and 45 percent of service providers responded that improving global economic conditions would have the biggest positive impact on their clients’ businesses in 2012, suggesting large scale outsourcing deals will accelerate as the economy improves.

Perhaps indicative of questions about the health of the larger economy, 61 percent of service providers reported deal pipeline growth over the past quarter, a drop of 15 percent from Pulse results three months earlier. Additionally, only 45 percent of providers expected the pace of customer demand for business and IT services to increase over the next one to two quarters, representing a drop of 14 percent from the third quarter and a substantial 29 percent from the second quarter. Demand for other types of third-party services, such as cloud or more specialized business process outsourcing (BPO), is faster growing, but still represents an overall smaller market in terms of total size.

While market conditions are reinforcing a continued focus on lowering costs, the survey also found that organizations will still make investments this year in new technologies, such as analytics, cloud, social media, and virtualization. This is especially true when these technologies are connected to improving service delivery capabilities via internal process improvement or re-engineering efforts. For many buyers, outsourcing offers a path to accelerate this adoption in a more cost-effective manner. Some 56 percent of advisors, up 10 percent from the third quarter, reported that buyers were using process improvement and reengineering to improve service delivery.

Impediments to achieving these initiatives primarily are weak or dysfunctional management and operating models, cited by 69 percent of advisors. The second most frequently cited challenge, according to 51 percent of advisors, was antiquated IT systems and infrastructure.

As to expanding global business services, the greatest growth is expected for shared services efforts, cited by 56 percent of advisors, the same percentage as in the third quarter Pulse results.