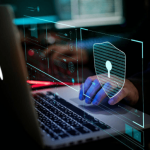 The company delivered Sophos antivirus for the largest outpatient care provider in the Czech Republic, EUC. At a time of increasing cyber-attacks, they contributed to the security of the IT infrastructure of the company, which treats more than 1.3 million patients annually.

EUC decided to increase its security at the end of March 2022. This was mainly due to the change in the geopolitical situation in Europe and the increasing number of cyber attacks. In addition, the company had until then been using Kaspersky Lab antivirus, which appeared on the list of not recommended tools.

The company is the largest outpatient care provider in the Czech Republic, so digital protection is key for them. EUC treats more than 1.3 million patients annually and employs 2,230 healthcare professionals.

Unicorn Systems first evaluated all available solutions on the market. Our team did a thorough analysis, from which Sophos emerged victorious – a tool that Gartner has repeatedly named as the absolute leader in security. No other vendor has sustained such consistency in regular reports over the long term.

The client has chosen the advanced version of endpoint protection. The goal was to protect against critical vulnerabilities found on up to 90% of endpoints. Conventional antivirus cannot detect such vulnerabilities.

Unicorns System’s delivery has ensured that EUC now has a sufficiently protected IT infrastructure. This at a time when cyber attacks are on the rise. In addition to the antivirus, the company also supplied EUC with credit for consulting on deployment, administration and training.