Unique session of TechCamp in Moldova 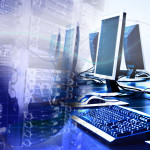 Just a few days ago there took a place two-day high-level conference with the support of the U.S. State Department, «TECHCAMP MOLDOVA», in Chisinau, the capital of Moldova.

In essence its goals were establishing effective cooperation of civil society with local government due to modern technology, particularly Internet resources, applications, and open databases.

TechCamp is a program under Secretary Clinton’s Civil Society (CS) 2.0 initiative – an effort to galvanize the technology community to assist CS organizations across the globe by providing capabilities, resources and assistance to enable CS organizations (CSOs) to harness the latest ICT advances to build their digital capacity.

TechCamp Moldova is the fourth event in a series supporting U.S. Secretary of State Hillary Clinton’s Civil Society 2.0. The event pairs leaders in the technology community with civil society organizations to provide training, resources, and assistance that enable civil society organizations to harness the latest technologies to build their capacity and advance their missions.

Lithuania was the previous state which hosted the delegation. There Hillary Clinton herself took part in the conference at Vilnius. Also the unique project has been held in Chile and Indonesia. Usually participants have two days to learn how to use new informational technology to activate civic community participation in state’s life.

During the conference tech trainers facilitated unconference-style discussions and workshops with CSOs on topics ranging from mapping to data scraping to citizen journalism. At the end of the first day, participants developed a list of problem statements. For example, “How do we motivate and mobilize citizens to force government to create transparent, prioritized plans that lead to better services for the public?”

One of the highlights of the event became the Moldovan participating in the “Open Government Partnership” International project. “Open Government Data” refers to data and information produced or requested by the Government or by the entities under the control of the Government. This is an important resource for strengthening the participatory democracy and economic competitiveness of a country. The main objectives of this project are to provide transparency, participatory Governance, social and commercial values.

Open Government Partnership means an innovation to serve ordinary citizens to have accessible, accountable and transparent government that is ready to rapid response to citizens’ needs.

The objectives of the Partnership are to combat corruption, to use new technologies and to improve services’ quality.

Open Government Partnership in Moldova has become the world’s 16 one. The project is working on open government web site, which has 200 government data sets at date.gov.md.

There have been many training sessions about the work of the social web platforms, such as maps, that already exist in many countries as a resource for the publication of “signals” about certain incidents. For instance, any citizen can declare an alert in order to initiate the following processing of the requests about the threats, problems and needs.

Also it was declared that possibly in the nearest months Moldova will be able to become the member of the PayPal, e-commerce business allowing payments and money transfers to be made through the Internet.