The third edition of the Universities’ Ranking System was announced 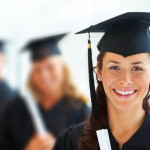 The Ministry of Education and Science officially announced the release of the third edition of the Universities’ Ranking System. Sirma Solutions JSC is one of the contractors of the project and is involved in the software development of the system.

The system enables applicants to compare all universities in Bulgaria, along with the professional fields, based on various criteria. In this way applicants can obtain more realistic expectations toward their future perspectives after graduating from a particular university in a particular subject.

The new features in the second edition include indicators related to expansion of the information base for evaluation of scientific publications, as well as opinion surveys of employers, tutors and students in higher education institutions. The rating system also includes information on the most common professions of graduates of each Bulgarian university.

The Universities’ Ranking System will have two more editions. The next one is expected to be released by the end of 2015.