Untapped Opportunities in the Heart of Europe 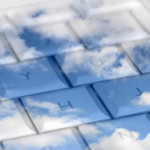 Despite being one of Europe’s most controversial countries, Belarus, favorably located between Western Europe and Russia, is among one of the IT leaders in Central and Eastern Europe providing unmatched ITO opportunities and having one of the biggest potential among CEE counterparts. IT outsourcing is one of the fastest-growing branches in the country and is one of the most robust segments in the country’s economy. Just consider one fact, for the first half of 2011 Belarusian IT companies have reported a 55% increase in their software and IT services export.

Having gained independence about twenty years ago, Belarus has rapidly grown and developed in the last years with all the values of the Western culture. And although it does retain some traits of the Eastern mind, the country is much West-oriented. Keen to cut costs, Western companies are increasingly seeking new destinations for outsourcing, and Belarus is a great opportunity nearshore which has a lot to offer in terms of tech skills.

Belarusian education is one of the strongest supporting factors. Every year, Belarusian universities graduate about 3,900 specialists with ICT and related technical skills. Because of the high quality of technical education, Belarus has the reputation of a country with a high scientific potential and an essential pool of IT talent. Belarusian software engineers undergo training in the training centers of IBM, Lotus, Sun, Novell, Microsoft, and other world IT leaders. In fact, when it comes to dealing with complex software development tasks, the ones who outshine all others are the developers from Belarus. Product development, software testing, and ASM & infrastructure services are among the strongest sides of the Belarusian IT sector.