Users Spent More on Apps in 2016, with Games and Entertainment Apps Leading the Way 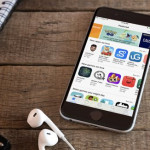 The findings point to people’s growing interest in cord cutting and streaming TV services – a trend which has already seen many of these apps scoring a spot as one of 2016’s biggest apps by revenue. HBO, for example, recently announced its app for cord cutters HBO NOW had grown to over 2 million subscribers – more than doubling its user base from the year prior.

Netflix also saw its iOS customer base increase since it launched an in-app subscription offering back in Q4 2015. The app contributed approximately $7.9 million in gross revenue during its launch quarter, and that figure grew to more than $58 million by the last quarter of 2016, Sensor Tower estimates. 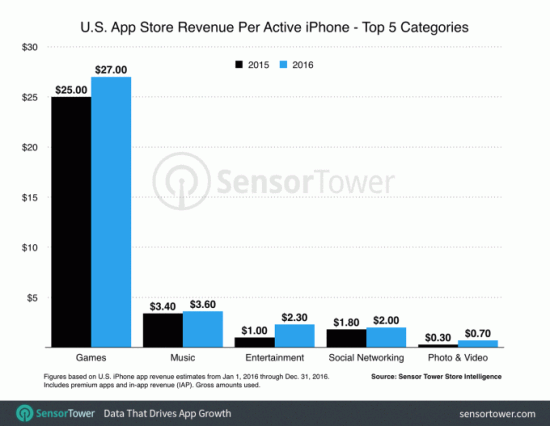 Subscription services impacted the growth in other iOS categories as well, the firm found. For example, the Photo & Video category benefitted from the growth of YouTube’s subscription service, YouTube Red. Photo & Video, which is YouTube’s primary category, saw its U.S. App Store revenue per active iPhone grow from $0.30 to $0.70 from 2015 to 2016.

Meanwhile, the Social Networking category increased from $1.80 to $2.00. Perhaps not coincidentally, this is also where you can find Tinder, the popular dating app which launched its subscription offering in early 2015. Tinder was also one of the top apps by revenue last year.

The Music category grew from $3.40 to $3.60, likely impacted by the gains made by its own top apps Spotify and Pandora, both of which offer a variety of subscription tiers to their customers.

However, the category that contributes the most to App Store’s bottom line continues to be games. In 2016, more than 80 percent of the U.S. App Store revenue was generated by the Games category, notes the report. 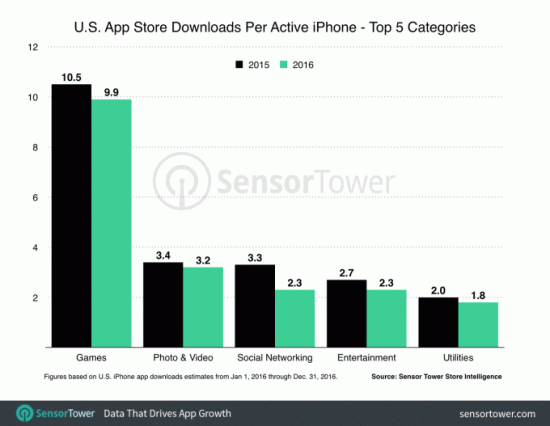 Though spending increased, the category saw per-device installs decline last year, going from 10.5 in 2015 to 9.9 in 2016. That seems to imply that users were spending more money in fewer games – possibly a side effect of the Pokémon Go phenomenon.

Social networking apps also saw fewer installs in 2016 (2.3 on average, down from 3.3), but the remaining categories didn’t see such significant declines.

The fact that installs by category dropped across the board, however, indicates that users are sticking with established apps, while newcomers are having a harder time finding success.