Using Big Data to zero in on security threats 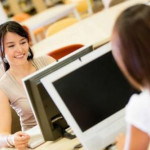 But when large amounts of this data can be aggregated and analysed, the results can be powerful. In this iTnews and Secure Computing interactive webinar, we look at the power of clues hidden in your machine data.

Blanchfield is well placed to tell the ‘before and after’ of big data security. He was at the coalface when the SQL Slammer worm brought the internet to its knees in 2003, building a fix for a regional telco by bashing together scripts on the fly to pull data from a network of distributed firewalls which then fed into a database for analysis.

A decade later, he found himself facing a similar challenge, trying to defend a transactional web site from a major distributed denial of service attack. But in 2013, the availability of big data tools like Apache Hadoop made the process of isolating the attack and defending the network infinitely easier.

IT shops that might have in the past assumed that the investment required in tools that find such telling patterns in log data have been out of their reach. But as more IT administrators gain skills around open source big data tools, they gain the opportunity to derive a lot of value from querying large volumes of unstructured data at comparatively low cost.

Those at the bleeding edge of big data, meanwhile, are pointing the same tools at huge volumes of social media data to determine the temperament of their staff or the success of their latest marketing campaign. Loke Yeow Wong will provide our audience a view of where this might lead in the future.

Log-in to this interactive webinar to learn how to use big data tools to deliver value across your business, and ask questions of our experts.