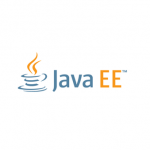 Since then, every two to three years, a new version of the JEE specification was released, which enterprise application developers had been looking forward to. However, in recent years, the development of JEE has slowed. When the eighth version of Java SE was released in 2014, the eighth version of the enterprise edition was released only in 2017. Moreover, rumors of a complete suspension of the project had been circulating for a long time, and in September 2017, Oracle transferred the project to be developed by the Eclipse Foundation community.

This was followed by the expected rebranding and Java EE in 2018 was officially called Jakarta EE.

Thus, work on Java EE continues, moreover, the release of new version 9 is actively planned, where we expect to see new functionality, including for the development of microservices.

When should we expect the release of Jakarta EE 9? What to use, Spring or Java EE? What is Microprofile? These and many other questions will be answered by Sergey Morenets, a developer with 18 years of experience.

Want to learn more about the new features in Jakarta EE 9?

Connect to the webinar on March 12 at 19-30. You will receive a link to the broadcast after registration the day before the event.

Webinar for Java developers of any level.