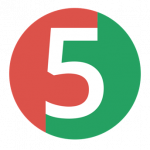 2017 gave us a new revolutionary version of JUnit 5. For a very long time, almost 10 years, we used the 4th version with a few changes, all thanks to its simplicity, compactness and stability. No wonder JUnit constantly ranked in the top 3 most popular Java-libraries. And version 4.12 has become a constant companion of any more or less complex project.

But progress does not stand still, and here in two years the developers have written a new version almost from scratch, which contained not only new features, but also changes in architecture. And now in December, the next version 5.4 should be released with a new test name generator.

At the webinar the next topics will be covered:

There will be also a small demo and an opportunity to remake the old project with tests on JUnit 4 for a new version.

The webinar is intended for Java Developers of any level.