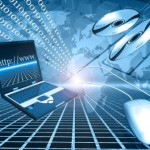 As of Monday, 13 August 2012, iPhone and Android smartphone users can download Wemlin for free. The application displays upcoming departure times for each bus stop on the “Verkehrsbetriebe St. Gallen” (VBSG) and Regiobus networks in real time. The intention is to extend this real-time information to all public transport networks in the Ostwind fare zone. Wemlin was developed by the Swiss software company Netcetera.
Pilot Scheme with VBSG and Regiobus
This year, VBSG and Regiobus AG, led by the St. Gallen transport authorities, embarked upon a project to develop a smartphone app on behalf of the Canton of St. Gallen Office for Public Transportation. From Monday 13 August 2012, all users of iPhones or smartphones using the Android operating system can download the Wemlin public transport app to their phones. The app allows the user to view upcoming departure times for any stop on the VBSG or Regiobus networks in real time.

Developed by the software company Netcetera, the app includes other useful features in addition to current departure times. For example, the “Locate Me” function allows passengers to view all of the bus stops in close proximity to their current location. A link to Google displays the quickest route to the chosen bus stop on a map. The app also contains a complete list of stops as well as route maps for the individual transport companies.

A Partnership that makes Sense
Wemlin, a Netcetera product, can be downloaded either from Apple’s iPhone App Store or from Google. Netcetera is one of the top IT service providers in Switzerland and also produces software for public transportation. Its Wemlin platform supplies user-friendly timetable information not only to mobile phones, but also online to stationary displays. The http://pos.vbsg.ch website makes it very easy to create personalized bus stop departure times e.g. on stationary displays. This is particularly useful for schools, theatres, cinemas, shopping centers, etc.

Coming Soon to the Rest of the Ostwind Network
The St. Gallen transport authorities and Regiobus are involved as test pilots for this project. In its most recent meeting, the fares committee responsibles for the Ostwind network decided to include information from all of the network’s transport companies in the application, thereby allowing users across the entire Ostwind area (the cantons of St. Gallen, Thurgau, Appenzell Ausserrhoden and Appenzell Innerrhoden) to use the app. As the Wemlin app already contains data from the ZVV (Zurich Transportation Network) and Liechtenstein Mobil, passengers will soon be able to use one application to obtain timetable information for all public transport stops in the north-eastern corner of Switzerland, including Zurich, Lake Constance and the Principality of Liechtenstein.

After the summer vacation, the St. Gallen transport authorities will begin to integrate the information from the other Ostwind transport companies. The task of extending the application to all areas covered by Ostwind is expected to be complete by the end of 2012.