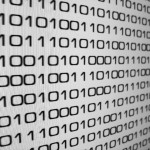 Warehouse Management System (WMS) DCIx from Aimtec will manage logistical processes in the distribution warehouse of a  Northern Bohemia company Adler Czech, a.s. , a company specialising in the production and sales of marketing textiles.

At present, Adler Czech manages 7 500 m2 of storage space and plans to expand its activities to other cities and countries. In conjunction with this growth and expansion, the company’s management has decided in June 2010 to call for tender for the provision of a comprehensive delivery of a logistical system solution, including an integration into the existing corporate system and communication technologies.

The solution proposed by Aimtec had won over Adler Czech namely due to its detailed approach and adaptation to the company’s needs and requirements. Other significant deciding factors were functional referential instalations, diversification of the solution and knowledge of new technologies including RFID.

Wide integration of DCIx with its environment

Warehouse Management Sytem DCIx will manage goods from its receipt into the distribution warehouse through to dispatch to the customer. An essential part of the project implementation is a DCIx integration with both the existing ERP system Karat and a modular lift system Shuttle, as well as a picking technology PickByLight. Furthermore, a link to the packing line and customs will have to be provided. The existing hardware will be supplemented with a thermaltransfer label printer.

The DCIx implementation project was launched in August 2010 with live operation expected at the end of October. At the moment, extended cooperation and further implementations of the WMS are being negotiated. For Adler Czech, the main benefits of the project are: 80% inventory cost reduction, 30% warehouse throughput increase and an elimination of errors during picking and dispatch.