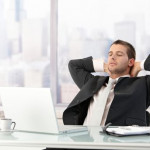 RBC has looked into the accounts of Russian companies in a number of different sectors over the last three years in order to find out which ones are growing fastest.

Of those which have performed best according to the research, the majority are in the luxury goods and construction sectors.

Though no longer at the top of the pile, a number of IT companies can still count themselves amongst Russia’s growth leaders, including Mail.ru Group and Yandex.

Mail.ru Group’s revenue grew in the third quarter of 2014 by 12.9% compared with the same the same period last year, although the rate of growth has fallen compared with the first two quarters of this year, in which profits grew by 25% and 19% respectively.

At the same time the social network VKontakte, which was bought by Mail.ru Group from Ilya Sherbovich’s fund United Capital Partners, saw its revenue grow by 6.7% compared with the same period last year.

Consequently the social network is growing at half the rate of its parent company.

Yandex’s revenue was up 28% on the same time last year, although the company’s net profit actually fell by 12%. Like Mail.ru, Yandex has also seen a drop in its rate of growth over the course of this year.

For the first quarter the company’s revenue growth was 36%, falling to 32% in the second. On the other hand the company can list a number of achievements over the course of the last quarter, including the purchase of ADFOX and Auto.ru, the creation of Yandex.Master, and the relaunch of Yandex,Music.