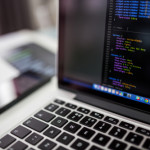 The annual Perl Conference of Europe, YAPC::EUROPE is back on 24-26 August 2016, to bring you the most passionate Perl people from the community we love.

YAPC::Europe 2016 is the place to be if you’re in the Perl business. Whether you’re a developer, tester, designer, UX professional, marketer, student, geek or manager, this is where you’ll hear & test the latest Perl trends & meet the most amazing Perl people.

And every year, the event is held in a different city. In 2016, the Cluj Perl Mongers managed to make YAPC::EUROPE happen in their beloved city, Cluj-Napoca,in Transylvania. No worries, Dracula’s off duty during summer (too much light, sun & joy).

Who knows,maybe we’ll be your guests next summer? Join us at YAPC::Europe to shape the future of Perl-based applications!