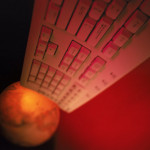 IT service providers are big on talk of innovation these days—except when it comes to their own sales practices. It seems as if many vendor sales teams have been pulling from the same bag of frustrating and ineffective tricks to try to win deals since the dawn of IT outsourcing.
We narrowed the long list of the offending outsourcing sales techniques to the ten least-effective and often-offered suggestions for how IT service providers can reshape their peddling processes for the benefit of their potential customers—and themselves.

Some outsourcing sales folk have a knack for selective listening. “Customers have specific requirements, needs and objectives that they expect to accomplish through outsourcing,” says Marc Tanowitz, prinicipal with outsourcing consultancy Pace Harmon. “However, we frequently see [outsourcers] packaging services based solely on their own business needs and approaches.” It’s the most common customer complaint about outsourcing sales, says Ron Walker, principal for KPMG Advisory Services. Michael Engle, managing partner at outsourcing consultancy HfS Consulting, calls it the “hammer looking for a nail” technique: “They simply bend the client’s needs to better fit their [own] proposed solution, and then delude themselves into thinking they have a winner.”

Alternative for IT service providers: Take time to listen to customer needs before launching into a standard pitch. “This approach enables providers to align better with what customers are actually looking for and to present solutions in the way that is most meaningful to them,” says Tanowitz.

2. A Little Knowledge Is a Dangerous Thing

Then you have the salesperson who does just enough research to do real damage. “It is always interesting to watch a sales team that is smart enough to know what not to do, but not quite adept enough to know what to do instead,” says HfS Consulting’s Engel. “They come into a meeting loaded-for-bear, then just start blasting away: How will this impact your EBITDA? What is your current Premium-to-Loss ratio? Will this model be accretive to your business? All good questions when asked in the right context, but not as the lead punches in mid-level room.”

Alternative for IT service providers: Put sales on mute. “Salespeople play a critical role in any pursuit, but they should be seen and not heard,” says Esteban Herrera, COO of outsourcing analyst firm HfS Research. “Clients want to speak with subject matter experts.”

3. Death By a Thousand Slides

If you’ve ever sat in on a sales call, you might wonder whether commissions were based on size of PowerPoint presentations. But these electronic one-way conversations do little to further the outsourcing pursuit.

Alternative for IT service providers: Ditch the preso. “Clients are so used to slides that what will stick out in their mind the most is someone who came to have a conversation with them, not talk atthem,” says Herrera. “You know all your competitors are going to attempt PowerPoint murder, so why not stand out in the crowd?”

4. The Old Bait and Switch

There must be a secret outsourcing sales handbook that says if you want to win business, you need to bring a Very Important Person to the first meeting. Problem is, the customer will never see that big shot again and will feel mislead. Indeed, the sales team often implies that the star they trot out will be integral to the customer’s service delivery. “In reality, this same group of A-list players is being promised to multiple potential customers and will be assigned to whoever signs first,” says Mark Ruckman, outsourcing consultant with Sanda Partners.

Alternative for IT service providers: Take that effort misspent trotting Ms. Big out for the dog-and-pony show and bring a real-life customer instead. “There is no more powerful marketing than what an existing, happy client can say about you,” says Herrera of HfS Research. “Fly them first-class and put them up for the weekend at a great resort nearby. Sit your customer down in the middle of the room and let the prospect ask questions.”

When Sanda Partner founder Adam Strichman worked on IT services sales teams, he acquired different titles based on the prospect. “One week I would be introduced as part of the retail team. The next week I was part of the dedicated financial [services] team,” Strichman recalls. “Industry specific knowledge is usually 85 percent marketing. When delivery time comes around, almost every worker bee is from a centrally managed team that supports every client.”

Alternative for IT service providers: Smart buyers can see through this façade. Becomes an actual expert by ask them smart questions about their biggest business problems and coming back with valuable solutions.

6. Let’s Make a Deal & Until the Lawyers Arrive

“We’ve worked with a number of outsourcing providers whose sales teams work diligently to develop fair and effective customer agreements only to find that these hours have been wasted when their legal departments unravel the contracts by reworking key business terms or adding new [ones],” says Pace Harmon’s Tanowitz. There can be a real disconnect between what’s agreed to verbally and what ends up in the contract. “On no less than three occasions over the past 24 months I have thrown back contracts in their entirety, not because I didn’t like the terms, but because 85 percent of the contract was essentially irrelevant to the services which were discussed prior to that point,” says Strichman of Sanda Partners.

Alternative for IT service providers: Collaborate with your lawyers to define terms and work out negotiating options. And know your own business objectives well enough to figure out what you can—and can’t—offer customers.

Most outsourcing deals are designed to deliver a 20 to 30 percent profit margin—period, says Ruckman. So when a vendor suddenly offers big price drop to a customer’s business—as they often do—it’s disconcerting to the educated outsourcing buyer. They start to wonder if the sales team was really gouging them before or whether the lower price could eat into the provider’s profit so much that service levels will suffer.

Alternative for IT service providers: Enough with the rabbit-out-of-the-hat routine. Outsourcing customers are trying to build a long-term relationship with your company. Building trust and—dare we say, transparency—into the pricing process will go a long way to win business.

What’s with the tortuously slow build up to the big finish? Your potential customers want you to tell them how your company will help them run their business better, faster, or cheaper, not write them a symphony.

Alternative for IT service providers: Start the next session the way you usually end it, says Herrera of HfS Research: We’re going to save you $X million per year starting in June while maintaining or increasing all your existing service levels and absorbing X percent of the risk.

There’s nothing more annoying than incessant follow-up calls—or worse, visits—to ask “Are we on the right track?” or “Is there anything else we should know?” “It’s irritating and unproductive,” says KMPG’s Walker.

Alternative for IT service providers: Already circled back to the prospect three times? Don’t call them; they’ll call you.

“The average sales lead will spend more time selling the deal internally—to his own company—than he spends selling the deal to the client,” says Engel of HfS Consulting. “It is amazing to hear a sales lead talk about how much time he has spent convincing his management team that this is good deal.”

Alternative for IT service providers: Focus that energy on understanding your client’s business challenges and outsourcing needs. A smart deal will earn you far more points internally.