Achieving IT Outsourcing Success: Tips for a Fast and Fair Deal 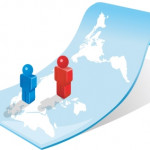 The global economic recovery that was hoped for in 2012 continues to prove elusive, and current indicators suggest that things may get worse before they get better. This outlook undoubtedly affected the outsourcing industry in 2011 and continues to do so in 2012. Recent research on global outsourcing activity(1) shows that transaction volumes declined in the second quarter of 2012, continuing the trend seen in the previous 12 months.

These challenges look set to persist into the second half of 2012. Significant IT buying decisions continue to be delayed, driving growth in smaller, lower-value deals and increased competition among suppliers. However, the continuing economic malaise will sharpen the focus on cost-cutting initiatives. This will fuel growth in new outsourcing deals and increase pressure on existing projects, leading to a marked increase in mid-term contract re-negotiations.

Buyers will be in a hurry to get deals done in order to secure cost savings. But this should not be the only objective – experience shows that if it is, a lasting outsourcing relationship will rarely be established. However, good deals that will stand the test of time can be closed quickly. The key to achieving this is to expedite the process and get things right – and the deal done – as efficiently as possible. This update outlines key tips for doing just that.

Begin with a clear sourcing strategy

Developing a sourcing strategy for your IT services is a complex but essential exercise. Understand why you are outsourcing and what your objectives are. Cost savings and head-count reductions are clearly important, but so are increased competitiveness, transformation, enhanced performance and keeping internal customers happy. Consider carefully which parts of your IT operations are suitable for outsourcing and ask yourself whether the potential business benefits outweigh the costs and service delivery risks.

Your prospective suppliers have extensive resources dedicated to supporting transactions, and it is important that you match them with the right skill sets. Consider whether you have the right people in house and, if not, whether you should seek external help. This might not be cheap, but investing at the outset may avoid missed deadlines and cost overruns later on.

Fully scope your requirements and build in flexibility

Know what you are seeking to buy. This may sound obvious, but experience shows that ill-defined requirements are often the root cause of the problems that lead outsourcing projects to fail. Your requirements will inevitably change during the lifetime of an IT outsourcing relationship, so it is important that the contract is flexible and anticipates volume fluctuations in existing services and the introduction of new services. The structure of your business may also change, so the contract should set out how the acquisition or divestment of group companies should be dealt with – particularly in terms of impact on services, volumes and pricing. Understandably, suppliers will not wish flexibility to result in a dramatic de-scoping of services (with consequent negative impact on revenues and the commercial value of the deal). Equally, suppliers will legitimately wish to guard against significant cost increases where such flexibility leads to marked increases in service scope and volumes.

Cheapest is not necessarily best, but it is surprising how often the lowest price wins. Many other factors should be borne in mind when deciding whether a supplier is the best fit for your project and your business. Equal consideration should be given to supplier characteristics, including:

You may be tempted to pass all the risks of outsourcing to the supplier, but this rarely promotes the right behaviour, either in the deal phase or longer term. As a rule, risk should be allocated to the party that is best able to manage it, so you should be prepared to justify your risk allocation in these terms. The leading suppliers have a sophisticated approach to the evaluation and management of risk and, if anything, their attitude to taking on risk has hardened. Over the past few years, several leading suppliers have had their hands burnt when high-risk IT services deals have gone wrong, leading to massive cost overruns, profit warnings and, in some cases, high-profile, reputation-damaging court cases. So be prepared for the best of them to walk away from the table if the deal looks unpalatable.

You may also be tempted to strip your supplier’s margins to the bone, but this can be counterproductive in the longer term. Suppliers need to make a reasonable return, and although they may stomach low-margin – or even loss-making – deals in the early years, this will not be sustainable in the long run. Flexibility and goodwill can be the first casualties when a supplier is under financial pressure. Suppliers will instead deploy strategies to improve margins, including strict change management and operational cost reduction, which can affect both the relationship and service delivery. Ultimately, unprofitable contracts will be renegotiated or, in the worst case, the relationship will break down entirely.

The days of the outsourcing ‘megadeal’ are not over, but customers are moving away from broad, long-term deals with a single supplier. Increasingly, chief information officers prefer a multi-sourcing model with multiple suppliers, each with responsibility for different service lines or (on international deals) a particular territory. Although this has the benefit of reducing over-dependence on one supplier and securing best-in-class service provision, it brings with it an additional management and governance burden, in both the deal and delivery phases. If you adopt a multi-sourcing model, it is essential that service integration across your various suppliers is addressed, both operationally and contractually.

Offshore delivery will undoubtedly be part of the delivery model deployed by some of your prospective suppliers and, for some, may be the only model that they offer. Always consider whether it is the right option for the functions that you are seeking to outsource. Naturally, customers will want to control supplier activity in particularly sensitive areas. But ideally, suppliers should be given the flexibility to deliver services as they see fit; placing too many constraints on a supplier can increase its delivery costs, and hence the price that you pay. If offshoring is contemplated, it is important to understand the impact of local legal and regulatory issues and the effect of the EU data protection regime on cross-border data transfers. You should evaluate potential delivery risks arising from the choice of location and implement appropriate contingency measures. If offshoring will not occur at the outset of your project, but may occur later in its lifecycle, your contract should set out the governance that will be applied to ensure that you have visibility of the process and veto rights where you do not receive appropriate assurances from your supplier.

It’s a mistake to think that once a deal closes, all the hard work is done. The start-up phase of any IT outsourcing project is high risk and projects that veer off track at this point are often difficult, if not impossible, to salvage. Managing transition and transformational activities at this stage is essential. Generally, good governance and contract management are crucial in order to ensure that the associated regime is properly thought through and agreed in the deal phase, and that the right resources are allocated so that the regime works in practice. It is also important to secure the people you want on the contract. If you have bought a particular supplier based on the skills and experience of the people who have sold the deal and the relationship that you have established with them, you should (within reason) ensure that they continue to support the project once the contract is signed. It may be advisable for your project to have senior executive-level sponsorship and oversight on an ongoing basis, both from a relationship perspective and for the speedy escalation and resolution of any differences that cannot be reconciled at a project level.

A robust performance measurement, management and reporting regime is essential. The performance of some outsourced services will be measured against the achievement of service levels, while others – where the motivation for outsourcing is to drive step changes in the performance of your business – might be measured against the achievement of key business objectives. Above all, it is important that all key service lines have clear, measureable performance metrics in order to incentivise the supplier to deliver properly. Typically, service levels will be coupled with a service credit regime, with failure to agree to the contractual standards triggering service charge reductions and other prescribed remedies.

IT outsourcing deals are often long-term relationships and it is important to make sure that your supplier maintains good value throughout the contract lifecycle, not just on day one. There are various means of ensuring this, but perhaps the best known is benchmarking – that is, the process of comparing the charges and service levels of your suppliers with those of other suppliers of equivalent services. When done correctly, benchmarking can be a useful tool to ensure that the price that you pay remains market competitive. Remember that the cost and resource burden of running such an exercise may be high, and that supplier cooperation is essential for success, so approaching it in an adversarial manner will only put your supplier on the defensive, making a positive outcome unlikely.

At the outset, both customers and suppliers should focus as much attention on how to achieve a successful exit from the relationship as they have on entering into it. After all, exit will occur on normal expiry of the contract, as well as in the event of early termination, so it is inevitable. For customers, the time to get the best out of your exit regime is during the contracting phase, when the relationship between the parties is at its strongest. At this point, it is particularly important to:

Once agreed, the regime must be policed; draft exit plans should therefore be developed early on in the contract lifecycle and maintained and updated on a regular basis. Failure to do so is likely to involve increased costs and uncertainty for both parties, since following termination – particularly if for cause – the parties’ relationship will probably be strained and negotiations at this stage are unlikely to be productive. The recent case of AstraZeneca v IBM,(2) in which AstraZeneca took IBM to court to establish the scope of termination assistance, demonstrates the importance of getting this right at the start.This has the added benefit of ensuring that there is a level playing field between incumbent suppliers and prospective new suppliers in any retendering exercise.

The potential benefits of outsourcing are well understood and, when managed properly, those benefits can be achieved. The drive to shorten the deal phase of IT outsourcing transactions is long overdue – and outsourcing advisers (lawyers and consultants alike) have woken up to the fact that they must help customers achieve this, rather than being the root cause of long, drawn-out and overly complex contract negotiations (and contracts). Expediting the transaction need not mean sacrificing quality. Good deals that will stand the test of time can be closed quickly, provided that they are well thought through, planned and resourced.