Wrapping Up The Annual IT Report 2014: Budget, Staffing, Mobile 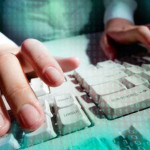 Free IT Community claiming outreach to over 5 million IT pros globally, Spiceworks has just released their Annual IT Report 2014 based on the survey of 1,121 IT professionals in North America and EMEA.

Some of the data presented in it are rather interesting and trailblazing, as they reflect certain IT trends and future technology adoption and staffing paths within both IT and non-IT corporate world. As such, let’s see how North America and EMEA compare in terms of IT budgets, staffing, and mobile adoption.

1. In 2014, North America traditionally outruns EMEA by the average IT budgets (Fig. 1), but EMEA catches up as far as budget increase planning for 2015 is concerned (Fig. 2). 2. On average, companies in EMEA have more IT professionals on staff, compared to North America (Fig. 3). 3. Although more North American than EMEA companies are planning to expand their IT staff over the next year, the prevailing majority of businesses in these geographies will most likely keep their tech staff in its current size (Fig. 5). 4. EMEA companies are still lagging badly behind the North American ones in terms of smartphone and tablet adoption (Fig. 7 & 8). The above findings suggest that 2015 will not see a huge leap towards broad technology innovation adoption within business communities of North America and EMEA. In general, most of companies in both regions don’t have any solid plans to grow their IT personnel or go mobile over 2015, with EMEA companies demonstrating a better readiness to mobilize their processes and operations in the next six months.