App Dev Outsourcing Up, Satisfaction Down 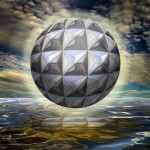 Contrary to what some people have been saying, outsourcing IT is on an upward trend. Indicators leading to the forecast for long-term growth in IT outsourcing can be seen in the latest report from Computer Economics. Based on outsourcing as a percentage of IT budget, the gradual climb has moved from 6.1 percent in 2009 to 8.6 percent in 2012–not exactly monumental change, but a trend nonetheless.

When the topic of outsourcing is discussed, you better hold on to your hat. This is a hot button topic, particularly when the conversation centers on the high cost of application development and application maintenance. Programmers make up the bulk of IT staffing requirements. And in years gone by, programmer salaries have been lucrative, attracting young adults to degrees in computer science and careers as code slingers. That’s not so true anymore, and outsourcing is one of the reasons.

The Computer Economics report shows application development is the most popular function to be outsourced, but at the same time the analyst firm also notes that app dev outsourcing tends to be cyclical and, therefore, the current increase in its popularity is not expected to continue at the most recently recorded pace.

Despite it being the popular choice for outsourcing, this report shows the cost savings aspect to be low, which indicates more companies are outsourcing app dev to handle projects current staffing is unable to handle rather than outsourcing to replace them. The report also points out that almost half of the companies that outsource this work are paying more for it than if it was done in-house. One-quarter of the companies report it is costing less and a slightly more than one-quarter say it costs about the same.

Also of note is the category of service success, where outsourcing app dev is rated low (other options being moderate or high). In terms of the value analysis provided by Computer Economics, app dev outsourcing ranked last.

Application development outsourcing is a part of the IT planning at 66 percent of the 200 companies in the survey done by Computer Economics that is the basis of this report. That’s up from 63 percent in 2011 and 53 percent in 2008. Since a dip to 39 percent in 2009, it has been on an upward swing. One-third of the companies surveyed say they are increasing the amount of app dev outsourcing they do. The median level for percentage of app dev workload outsourced is 25 percent.

Taking all outsourcing options into consideration, the percentage of the IT budget designated to outsourcing services increased 23 percent at the median in 2012 compared to the prior year.

Computer Economics predicts outsourcing will continue to consume a larger share of IT operational budgets.

“As our analysis shows, IT organizations are beginning to embrace cloud-based applications as well as expand outsourcing of data center operations,” says John Longwell, vice president of research at Computer Economics, in an email.

Other key findings in the study include: continued gains in the use of hosted services, although the amount of a typical software portfolio remains low; data center outsourcing shows a positive trend line; and slow growth in Web/e-commerce systems.