Apple reportedly blocking its own News app in China 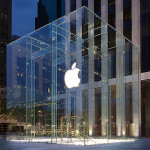 The app, intended to be a personalized digital magazine and newspaper viewer, launched to US users in June. Customers traveling abroad can still access the app, according to the Times, but instead of seeing a list of news stories, users in China are seeing a message that the app is unavailable.

However, a source with knowledge of the situation said the app, which has launched only the US and is currently in beta in the UK and Australia, isn’t being blocked in China. The app has never functioned in the country, preventing overseas handsets from using the app in China, said the source, who requested anonymity.

China holds a place of great importance in the tech world. The country’s massive population of 1.35 billion and growing middle class have created a lucrative market for companies like Apple, which has made significant progress in the country, expanding its retail stores and pushing iPhone sales in the country. In its April earnings report, Apple revealed that China is now its largest market in the world by revenue, topping the US for the first time.

Tech companies have also been stymied by the stringent rules, which require companies to block sensitive information or content inside China. Popular sites and services such as Gmail, Facebook and Twitter have long been blocked in the country.

After facing the government down on censorship, Google in 2010 moved its China-based Web search operations to Hong Kong, allowing the search company to operate outside the rules and regulations placed upon it by the Chinese government.

Game companies have also complained about China’s censorship rules hurting sales. Sony launched its PlayStation 4 gaming console in China in March after the government revoked a longtime ban on gaming consoles last year. But the launch was hobbled by a limited portfolio of accompanying titles due to the country’s rules on video games, which prohibit sales or distribution of any title that promotes drug use, violence, gambling or obscenity. Andrew House, the CEO of Sony Computer Entertainment, remarked last month that the company was “challenged somewhat” by China’s “censorship regime.”