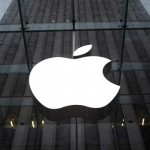 The American electronics giant loses its exclusive rights to the “IPHONE” trademark in the People’s Republic, with Chinese courts siding against it in a recent legal proceeding.

China is an increasingly significant market for Apple, but, unfortunately for the company, it’s no longer the only one in the country that can sell iPhones.

Apple recently found itself on the losing end of a trademark suit it filed against Beijing-based leather wallet and accessory maker Xintong Tiandi Technology, according to local publication the Legal Daily. The latter company has for years been selling leather products branded “IPHONE”, with Apple unsuccessfully seeking to stop this.

The Californian company originally filed for “IPHONE” trademark in 2002, with Xintong Tiandi following in 2007. Apple began its legal battle with Xintong Tiandi in 2012, but the Beijing Municipal High People’s Court rejected Apple’s most recent appeal on March 31.

The Municipal Court’s decision echoed a 2013 judgement from the Chinese trademark authority, with its logic being that Apple’s iPhones weren’t sold in mainland China until 2009 and, as a result, the company couldn’t prove that the “IPHONE” trademark was widely known before Xintong Tiandi took it up in 2007.

Apple was contacted for comment but did not immediately respond.

Though its growth is slowing, China is the world’s largest smartphone market. Apple found itself at No. 3 in the country last year, selling more than 49 million iPhones and securing 11.3 percent of the market, according to Strategy Analytics.

The company, which last month reported a global year-on-year drop in shipments for the first time ever, is behind only local juggernauts Huawei and Xiaomi in China.