Are All Outsourcing Relationships Doomed to Repeat the Same Old Problems? 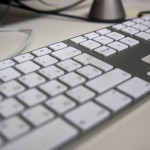 1. Some of the “fixes” tend to make things worse
The first response to underperformance is usually the customer insisting that the provider do better — penalties are levied, threats are penned, and more meetings and reports are demanded. Providers then apologize or defend (often a little bit of both), and swap in a new account manager, or sometimes lay out a counterattack. The question is usually framed as, “Who is at fault?” and not, “How do we make sure this doesn’t happen again?”

Penalties do have their place, and sometimes fresh perspectives are needed. But penalties (and more reports and meetings) often divert much-needed resources to low value-add activities, and new personnel won’t have the context and history that is often critical to understanding complex arrangements. And these things do nothing to address what we often find is really at the heart of lackluster deals, which leads to the next reason…

2. Root causes can be difficult to uncover

Put simply, outsourcing arrangements — ITO, BPO, KPO, and most other Os — are usually pretty complex. What manifests as a quality challenge or a delivery timeline problem often has at its roots some things each side has contributed. Some common culprits include:

3. It’s easier to treat the symptoms than address the systemic issues
Not only are some of these common root causes hard to put one’s finger on, but they are also difficult to address. It usually takes months to agree on SLAs and other key metrics, and changing them can take lots of time and simply be difficult — defining those metrics that really get at what matters to the business, that both parties are willing to sign up for, isn’t easy. Re-solutioning often feels like starting from scratch, and having an honest discussion about capability gaps can be nearly impossible in a blame-and-defend kind of culture. As for the “people problems,” these are often dismissed as the “soft stuff;” it’s difficult to define a clear ROI on investing time in getting people to work together more effectively (even though most of us know intuitively how much working relationships matter).

Unfortunately, an unwillingness to carefully identify and tackle these kinds of tough issues leaves the parties doomed to experience the same old challenges, year over year.

On the bright side, some companies are finding greater success at kicking aside some of the recurring problems through a health check process (also called “deal audits” or “relationship assessments,” among other labels). These periodic diagnostic efforts provide an opportunity for key stakeholders to make their interests heard, dig into the true root causes of any issues, and identify improvements in the way parties work together. They also provide a means for developing a detailed action plan (and agreeing on the associated responsibilities for each side) for addressing any issues at their source.

Health checks are not a process for deciding who’s at fault, a regurgitation of the past, or a satisfaction survey. Rather, they provide a foundation for joint efforts to improve results and relationships and give the parties a chance to identify and tackle new problems, rather than suffer through the same old ones.