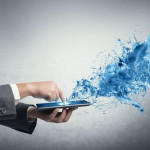 While the United States unemployment rate has hit a post-recession low, the network and computing industry has not been without significant layoffs so far in 2015.

Some companies’ workforce reductions are tricky to calculate, as layoff plans announced by the likes of HP in recent years have been spread across multiple years.

But here’s a rundown of this year’s big layoffs either formally announced or widely reported on.

*Good Technology: The secure mobile technology company, in prepping to go public in the near future, laid off more than 100 people late last year or early this year according to reports in January by Techcrunch and others. Privately-held Good, which employs more than 1,100 people according to its listing on LinkedIn, doesn’t comment on such actions.

Though the company did say in an amended IPO filing in March that it would need to slash jobs this fiscal year if certain funding doesn’t come through. Good also showed improved financials, in terms of growing revenue and reduced losses, in that filing. Meanwhile, the company continues its business momentum with deals such as an extended global reseller agreement announced with Samsung Electronics America in June.

*Sony: Reuters and others reported in January that Sony would be cutting around 1,000 jobs as a result of its smartphone division’s struggles. The Wall Street Journal in March wrote that Sony was clipping 2,000 of its 7,000 mobile unit workers as it attempts to eke out a profit and refocus, possibly on software, to fare better vs.

Apple and other market leaders. Sony’s mobile business, despite solid reviews for its Xperia line of handsets, is nearly nonexistent in big markets such as the United States and China, according to the WSJ report. Still, the company’s president says Sony will never exit the market.

*Citrix: The company’s 900 job cuts, announced in January along with a restructuring and improved revenue, were described by one analyst as “defensive layoffs” made in view of some disconcerting macro economic indicators, such as lower oil prices and a strengthening dollar.

The virtu company said its restructuring, including layoffs of 700 full-time employees and 200 contractors, would save it $90 million to $100 million per year as it battles VMware, Microsoft and others in the virtualization and cloud markets.

*NetApp: The company announced in May, while revealing disappointing financial results, that it would be laying off 500 people, or about 4% of its workforce. It’s the third straight year that the storage company has had workforce reductions, and industry watchers are increasingly down on NetApp.

The company has been expanding its cloud offerings but has also been challenged by customers’ moves to the cloud and the emergence of new hyperconvergence players attacking its turf.

*Microsoft: In scaling down its mobile phone activities, Microsoft is writing off the whole value of the former Nokia smartphone business it bought last year and laying off up to 7,800 people from that unit. Microsoft also announced 18,000 job cuts last year, including many from the Nokia buyout.

Despite an apparent departure from the phone business, CEO Satya Nadella said Microsoft remains committed to Windows Phone products and working with partners.

*BlackBerry: The beleaguered smartphone maker acknowledged in May it was cutting an unspecified number of staff in its devices unit in an effort to return to profitability and focus in new areas, such as the Internet of Things (it did eke out a quarterly profit earlier this year, though is still on pace to register a loss for the year).

The Waterloo, Ontario outfit said in a statement that it had decided to unite its device software, hardware and applications business, “impacting a number of employees around the world.” Then in July BlackBerry again said it was making job cuts, and again didn’t specify the number.

*Qualcomm: The wireless chipmaker is the latest whose name is attached to layoff speculation, and official word on this could come as soon as this week, given the company is announcing its quarterly results. The San Diego Union-Tribune reports that “deep cost cuts” could be in the offing, including thousands of layoffs, possibly equaling 10% of the staff.

The company was commenting ahead of its earnings conference call on July 22. Qualcomm has been a high flyer in recent years as a result of the smartphone boom, but regulatory issues in China, market share gains by Apple and being snubbed by Samsung in its latest flagship phone have all hurt Qualcomm of late, the Union-Tribune reports.

*Lexmark: The printer and printer services company this month announced plans for 500 layoffs as part of a restructuring related to a couple of recent acquisitions. The $3.7 billion Kentucky-based company employs more than 12,000 people worldwide.