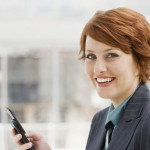 At the end of May, Penkių Kontinentų Bankinės Technologijos (BS/2), which forms part of Penki Kontinentai group, marked a significant date – the 20th anniversary of its cooperation with Wincor Nixdorf, a global leading manufacturer of bank equipment.

On this occasion, a meeting of delegates from both companies was held in a German town of Paderborn.

Eckard Heidloff, President & CEO of Wincor Nixdorf concern, believes that one of the future tasks for both companies is software business development, as this would allow offering advanced software solutions that would help clients increase their efficiency and remain competitive.

Today BS/2, which became a partner of the German company two decades ago, is enjoying an exceptional status of a gold partner as well as number of Wincor Nixdorf awards. This, according to CEO Idrakas Dadašovas, is the result of long and hard work.

‘A trust-based relationship built over 20 years of partnership has led to the emergence of new, innovative products and to the successful implementation of numerous joint projects. It was not only our persistence in reaching our objectives and our absolute devotion to our work, but also a shared understanding of business and its development between the companies that determined this’,

At a meeting, the heads of both companies signed an updated partnership agreement. This step is expected to promote further development of the two international companies and allow for achieving even higher goals.

BS/2 is an official representative of Wincor Nixdorf in the Baltics, CIS, and Mongolia. It deals in equipment manufactured by the German company, also offering its maintenance services as well as developing and implementing equipment-specific software solutions. BS/2 clients include top banks in Central and Eastern Europe, other financial institutions, retail companies.