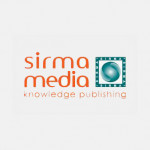 In perspective, it can turn the country from a brain drain source to a preferred destination for young, intelligent people, who can add value to the society and the economy.

The system was developed and implemented by a consortium including the Open Society Institute in Sofia, the Institute for Social Search and Marketing, and Bulgarian software company Sirma Solutions, which is part of Sirma Group.

The rating system potentially boosts the competitiveness of the Bulgatrian universities through its transparency, comprehensiveness and objectivity. It is a stimulus for deep analyses and management modernizations.

The system further develops the public image fo the universities and makes them more easily distinguishable. It also lays the basis for a more adequate financing tied to the performance of each university.

“The system is the first of its kind in Bulgaria and has the potential to completely change the way the public opinion about the Bulgarian universities is formed, thus motivating their management to be proactive and to initiate positive changes. It is already being accepted well by the public and I think it will soon become a key factor in Bulgarian higher education and will help it become more attractive not only for Bulgarians but for foreigners from the entire region, as well”,