BULPROS Is the Biggest Technology Company, Founded in Bulgaria, According to Capital’s K100 Ranking 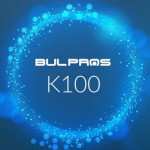 According to the prestigious annual K100 ranking, run by the Capital business newspaper, BULPROS is currently the biggest technology company with Bulgarian ownership and management in the country.

In 2017 BULPROS climbs up to the sixth place in the list of the biggest technology companies in Bulgaria, registering more than 60 million BGN revenue and 83% growth compared to 2016. As usually, the top five places in the ranking are occupied by the Bulgarian subsidiaries of international corporations so that BULPROS, which is ranked the sixth biggest tech company in the country, actually turns out to be the largest Bulgarian-owned and -based company in the IT sector.

Founded in 2010 by five Bulgarian entrepreneurs, BULPROS has experienced rapid and dynamic growth and has made it to one of Europe’s fastest growing companies, recognized in many prestigious rankings such as Inc. 5000 Europe, Financial Times 1000 Europe, Deloitte Technology Fast 50 in CE, etc.

Taking into account the revenue growth, the number of clients and the number of offices, we can compare the first eight years of BULRPOS with a take-off. “The main difference between now and then is 1200 people instead of 5 and 18 offices in 7 countries instead of 1 hall.”, points out Ivaylo Slavov, CEO of BULPROS. Needless to say, these figures are the result of hard work, dedicated efforts and numerous big and small successes.

For the past few years, BULPROS has not only been growing at a fast pace and gaining professional expertise through successful projects, but has also developed a portfolio, designed to meet the global market needs and trends. That is why BULPROS presented its new offerings which enable its clients to benefit from the Digital Transformation journey and embrace new business opportunities. 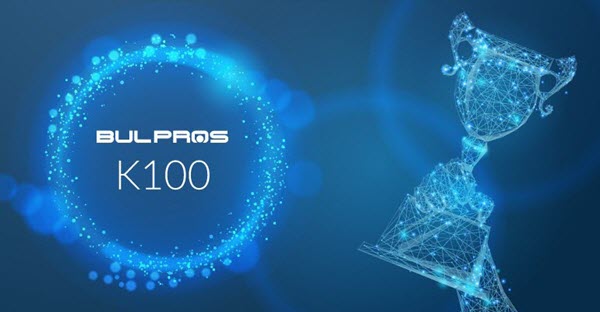 The first years
According to Ivaylo Slavov, the first years of the company should have been very interesting. BULPROS had to establish itself on the market and to clearly demonstrate that its business model is working. “When you make a business plan, there is no guarantee that it will be a success. In fact, nine out of ten startups fail within several years. So we obviously had the right business model.”, explains BULPROS CEO.

The rapid growth
Initially, BULPROS grew entirely thanks to the personal investments of the company founders, while larger investors started financing the company at a later stage. Soon BULPROS received international recognition for its rapid development and in 2015, the company ranked 12th in Deloitte Fast 50 as one of the fastest growing IT companies in Central and Eastern Europe. One year later, the company climbed up to the 24th position in the same ranking and soon after that, in another prestigious Deloitte ranking, it was recognized as one of the top 200 fastest growing companies in Europe, Middle East and Africa.

Beyond the figures: The acquisition of German companies
It is not common practice for Bulgarian companies to buy German companies, but that is exactly what BULPROS did. In the beginning, at the end of 2015, the company acquired a minority share in the German firm Innotec. One year later, BULPROS increased its share in Innotec, and in December 2016 it also acquired the German company Cyber Security Group Business Software (GBS). This deal opened up many opportunities for development – not only in Germany, but also in Canada and the US. BULPROS already operated on a global scale.

The future
The expectations for the future are more than optimistic. Today BULPROS CEO Ivaylo Slavov works as hard and intensively as eight years ago when the company was established. “There are always new challenges and there is no time for rest,” he says. Asked if he had ever imagined that his company would become the sixth largest technology company in Bulgaria within only eight years, he briefly responds, “Yes, of course, but it would be even better to become the biggest tech company.”
And this seems to be quite possible in the years to come given the rapid and steady growth of the company.

About Capital and K100 Ranking
Capital is the most influential weekly business newspaper and one of the most popular media brands in Bulgaria. Its mission is to not only report and describe what happens, but also to explain why it happens and to predict what is to come.
K100 is an annual ranking of the biggest companies in Bulgaria, divided by business sectors. This prestigious list is prepared by the Capital weekly newspaper on an annual basis and has become the hallmark of entrepreneurial success.

About BULPROS
BULPROS is an innovative global IT and BPO services, solutions and product provider, one of the fastest growing technology companies, recognized by the latest rankings from Deloitte “Technology Fast 50 in CE” and “Technology Fast 500 in Europe, Middle East, and Africa”, Inc. 5000 Europe, Financial Times 1000 Europe etc.

BULPROS operates on a global scale and has more than 18 offices, located in Europe and North America. BULPROS has established successful customer and partner relations with Fortune 500 IT companies such as Cisco, Microsoft, IBM, Unisys, VMware, Siemens, T-Systems, SAP, Hortonworks, Oracle, Red Hat etc. BULPROS is a co-founder of the Bulgarian Outsourcing Association and a member of the American Chamber of Commerce, the German Outsourcing Association and the Indian-Bulgarian Business Chamber.