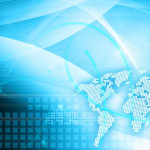 Using a cloud platform to outsource IT operations is a big consideration for many businesses at present. Cost reductions and a higher degree of flexibility are the primary drivers behind companies taking the plunge with the new technology.

However, there are growing number of IT departments who are concerned over its security and service levels.

IT expert Michael Robert of BusinessComputingWorld.co.uk says there are five key points businesses should look at when deciding whether or not to outsource to the cloud.

Firstly, he wrote on the website, companies need to have an understanding of their IT infrastructure and how it operates. If the companies runs a lot of file sharing operations or phone switches then they may not be suitable for the cloud.

He added that some businesses, such as financial institutions, are governed by strict regulations and as such some of their operations may best kept in house rather than outsourced.
Secondly, he stated, weighing up current and future costs against the benefits on offer is important. However, he was keen to note:

“I’ve found that, in almost all cases of outsourcing to the cloud, businesses that reduce their IT estate and centralise servers in a third-party data centre still have ample processing power and storage to realise these kinds of ambitions.”

Despite this, his third point is to look beyond the figures. Cloud should not be looked up on just in terms or cost reduction and day to day operations, it can also work as an effective back up the event of an unforeseen disaster.

Fourthly, he advised that your companies should optimise their networks for the cloud. He stated that too often the network is an afterthought when outsourcing projects begin and can impact on performance. Increasing bandwidth is another thing companies neglect using a cloud-based platform.

Lastly, he said that a business should get to know its provider. He suggested speaking to their other clients to find out whether they will be a good fit for your business.