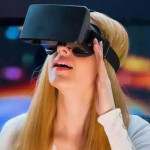 A Czech Hi-Tech and software engineering company known as Quanti together with the British firm Delion, have created a new virtual reality (VR) headset capable of rivalling existing products like the Oculus Rift, released earlier in 2016.

Representatives unveiled the product in London this week, with Czech Radio reporting that consumer and investor interest was high.

The idea of VR headsets has been around for a long time but only now that the technology has caught up has a revolution gotten underway.

The website The Verge recently reported on headsets already released or soon to be available, from the Oculus Rift to Sony Playstation VR, HTC’s Vive or Valve – products running on the basis of strong external computers or game consoles, offering “sophisticated features” in terms of “motion tracking, high-resolution screens, and the best graphics possible”.

Today’s options are in baby steps compare, for example, to limitless fictional VR platforms envisioned more than 30 years ago by novelist William Gibson in Neuromancer or more recently by Ernest Cline in his novel Ready Player One; but as with everything in Hi-Tech, broader possibilities can’t be too far off.

Even if now, pricewise, headsets for the moment are too costly to really be for more than early adopters, that won’t always be the case. The Czech firm Quanti, together with Delion UK and the Czech government agency CzechTrade, seeing the potential, joined to make their own headset, called the Infinitus Prime, a reality. Quanti CEO Marek Polčák told Czech Radio more about the product:

“It is a headset, meaning it is a head-mounted display. There are special lenses which focus so that the user catches the whole display in front of them. It is a display with high-resolution which is able to visualise any kind of environment; when you use the headset you find yourself in a virtual space.” 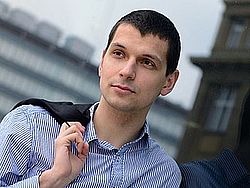 The goal of all such hardware is to create a virtual 3D environment without boundaries ie. the frame of a TV screen or tablet but an area in which you are immersed. Development of the VR design has so far come to a million dollars, with another six million set aside under the newly founded firm Infinitus Global.

And of course the applications of VR will extend far beyond gaming: there are potential uses in Education, Health Care, Aerospace and other industries, to name a few. Marek Polčák revealed that a Japanese university was one of the first customers to express an interest and he explained one of the reasons.

“Schools are offering streaming, video which students can access at home, to ‘visit’ lectures and have a look. This technology puts us ‘there’ so that you can look all around. If the teacher is presenting something physical, you can focus on it, you can watch, and see it in the surrounding space.”

According to Polčák, the biggest VR boom is taking place in the United States, with Europe experiencing “a lag” of two or three years behind.