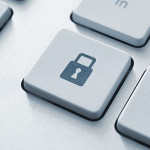 The first phase of the contract will cost up to 227 million crowns, he added.

Defence Minister Martin Stropnicky (ANO) will submit the information about the contract to the government on Wednesday.

“The subject of the contract is the building of a reliable, efficient and safe stationary data network, which is the basic communication element of the armed forces systems of the Czech Defence Ministry,”

The aim is to create a united data network that would be resistant to both external and internal cyber-attacks.

The newly created “Global Data Network” will replace the current technologically and operationally outdated “Whole Military Data Network” (CADS) that was put into operation 15 years ago.

The ministry has divided the public order into two phases.

In the first phase, the basic backbone and access layer of the data network is to be built. The follow-up second phase will be focused on services, mainly voice communication, and the interconnected completion of local networks.

The contract is to be signed by the end of June and the network should be completed six months later.