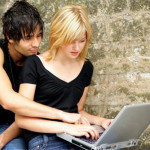 Czech regulator CTU started a work group to prepare a draft act on support for NGA networks. During a seminar on the ‘Current Status and Future of Electronic Communication Services’, which CTU organised in cooperation with the Czech Science and Technology Communications Company, the regulator presented the ‘Feasibility Study on Passive Infrastructure’, which is open for comments until 25 February.

Joanna Bakowska and Dominik Kopera from the Polish Ministry of Administration and Digitalisation gave a presentation on Poland’s support for construction of broadband networks since 2010. They also presented the operational programme adopted by the European Commission at the end of 2014 which sets the conditions for investments in areas not seen viable by commercial operators. President of ICT Union, Svatoslav Novak listed the risks in the construction of NGA networks in the Czech Republic, including non-preparedness and non-adoption of key projects by the Czech government and badly defined processes and parameters for allocation of subsidies, as well as missing standards.

Martin Gebauer from Czech Radiokomunikace stressed the importance of keeping the terrestrial platform and its necessary development. He noted that the release of the 700 MHz band is a political decision, and the terrestrial platform needs a guarantee on use of the rest of the UHF band after the release of the second digital dividend. Karel Zyka from Czech Radio in his presentation ‘Seven Steps Towards Digital Broadcasting’ outlined a schedule for the transition to DAB broadcasting. According to him, the deployment stage of digital radio broadcasting should take until 2017 and the subsequent development stage until 2025, when the switch-off of analogue broadcasting is envisaged.

Andreana Atanasova from the Bulgarian regulator presented Bulgarian legislation for consumer protection in electronic communications (a decision of 2013). Katerina Jamborova from the Ministry of Interior presented the importance of data retention for detection of crime and fight against terrorism. She said further steps by the European Commission are expected as the current variations in regulation across member states makes cross-border cooperation difficult.