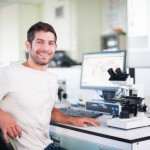 Economic recovery is expected to result in a slight acceleration in IT spending growth in 2015 to 4.2%.

However, we caution that enterprise confidence will remain susceptible to shifts in sentiment, with a re-escalation of the eurozone crisis or the security situation in Ukraine the most prominent potential flashpoints.

Under our core scenario higher levels of business and consumer confidence will see demand growth, while deferred purchases from the previous period of uncertainty, particularly in enterprise software and IT services, will add to momentum.

One area we expect to see a slowdown is in enterprise hardware demand, after sales were boosted in 2014 by the withdrawal of official support for the XP operating system.

Overall, the acceleration in growth will cement the Czech IT market’s status as a regional leader in Central and Eastern Europe, with a strong domestic skills base, investment by international firms, local entrepreneurship and high penetration of devices and solutions.

Stronger consumer demand will offset a slowdown in enterprise sales after the bump in demand in 2014 when the withdrawal of Microsoft support for XP boosted enterprise upgrades.