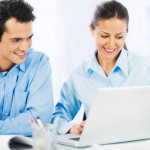 It has also terminated the technical pilot operation of this technology that had been running since October last year.

T-Mobile is one of the first operators in the world to start offering VoLTE to customers. The first handset supporting this technology is the Samsung Galaxy S5. The operator has been working intensively with various manufacturers to make the technology work with other types of devices.

“Since the time of Alexander Graham Bell, the technology of connected circuits has been used to connect calls between two parties. VoLTE brings a breakthrough solution for transmitting standard calls in mobile networks, which takes the form of data packets,”

“I am very happy that T-Mobile has confirmed its role of innovator and is the first operator in the Czech Republic to offer this revolutionary technology to its customers.”

The biggest advantages of VoLTE include very short call-connection times, improved quality of calls (even in comparison with HD Voice technology in the 3G network) and lower power consumption for calls, which translates into longer battery life. Additionally, data connections are not restricted during calls, which comes in handy, for example, when customers use online navigation and make a call while driving. If users leave an area covered with LTE, calls are handed over to the 2G or 3G network without any interruption (SRVCC function).

Beginning tomorrow, customers using VoLTE-enabled devices will start receiving messages inviting them to update the firmware, which can be done in the usual manner. In subsequent days, T-Mobile will automatically make VoLTE available to customers on their existing telephone numbers. Calls in the LTE network do not use up the data allowance and no extra fee is charged for them.

In the first stage, the technology will be available to customers who do not use the services of the Virtual Private Network or prepaid Twist services. In subsequent stages, T-Mobile will make VoLTE accessible to all customers.