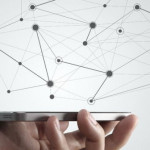 The Czech Republic still ranks among the EU leaders in terms of LTE coverage, reports Mobilenet.cz.

In 2014, mobile operators in the Czech Republic significantly increased their 4G network coverage and in 2015, they continued their investments, the result of which is that the country remains above the EU average.

Currently, LTE is available to 94 percent of Czech households, putting it at the same level as Germany and ahead of e.g. Italy, Spain, France, Finland, Ireland and the UK.

The data is based on the EU’s Digital Scoreboard. Operators continue the development of transmitters, the number of which had risen from less than 8,000 at the end of 2015 to 10,000 at the turn of April to May.

A surprising fact is that LTE is used only by about 25 percent of end-users. Among other things this is because products from Chinese manufacturers support LTE in other bands than those used in the Czech Republic.