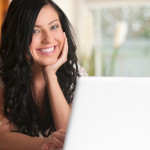 Levebee and its Bee application, which helps children with reading, placed in the top 15 projects.

Czech start-up companies made an impression at the TechCrunch Disrupt EU show in London. The Czechs comprised the biggest national pavilion and gained a number of contacts and concrete offers.

The most significant Czech success was that of Levebee, a start-up which presented its Bee application focused on helping children with reading disabilities. Out of the hundreds of projects presented at the TechCrunch, Levebee’s application was named one of the fifteen best.

The European part of TechCrunch Disrupt took place on 20-21 October 2014. It was preceded by two other TechCrunch events in San Francisco in May and New York in September.