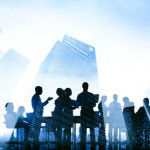 A group composed of representatives of Czech firms and universities travelled to Estonia on a Technology Mission on Monday, 21 November 2016.

Representatives of CzechInvest, Masaryk University, Brno University of Technology and the firms DATASYS and CyberGym Europe were interested primarily in the issues of cybersecurity and e-government, in which Estonia has extensive experience.

Numerous research institutions are based in Estonia, particularly the NATO Cooperative Cyber Defence Centre of Excellence, which is focused on research in the area of cyber defence and training exercises called Locked Shields and Crossed Swords aimed at strengthening it.

The Czech expedition also visited the Estonian Ministry of Defence and the Estonian Defence Industry Association, as well as CYBERNETICA, the main e-government system provider in Estonia, and other partners.