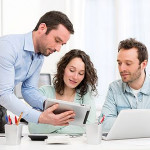 Foxconn, multinational electronics contract manufacturing company, which has a long history building data centers, will be opening its first facility in Europe by partnering with the Czech Republic firm KKCG to open a data center in Prague.

Foxconn has been operating factories under its Foxconn CZ division in the country since 2000, but this will be its first direct investment in a European Data center.

Foxconn’s $101 million investment buys it a 50 percent stake in the new business, which will be called SafeDX and is the first step towards developing a Czech-based complex of research and development and design, along with data centers, by 2018.

Foxconn see this as not only the opportunity to expand into Europe but also to give European customers a direct route to deliver services through Foxconn facilities to the Asian market.

The CEO of Foxconn Technology CZ, Alan Macintyre, was quoted in the Fudzilla blog as saying:

“Foxconn’s new investment strategy focuses not only on building data centers, but also, and more importantly, on providing related services.

The first data center in Prague is a pilot project, which we want to follow by an expansion throughout Europe. The services we offer are not intended for large corporations only, they’re for medium- and small-sized enterprises too.”

Most Americans and Europeans are primarily aware of Foxconn as the manufacturer of hardware devices such as the Apple iPhone, Amazon Kindle, and the Microsoft Xbox, but Foxconn is no stranger to the data center world, having been building facilities for Chinese data center operator 21Vianet, and also patenting a number of modular data center designs since 2014.