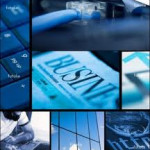 One of the leading IT product wholesalers in the Eastern Europe, ELKO Group, has concluded a cooperation agreement with ASRock – world third largest motherboard manufacturer. This agreement determines the wholesale of ASRock motherboards in the Russia and Baltic States, starting from the February.

ASRock strives to build up its own brand. With the 3C design concept, “Creativity, Consideration, Cost-effectiveness”, the company explores the limit of motherboards manufacturing while paying attention on the eco issue at the same time, developing products with the consideration of eco-friendly concept.

AS „ELKO Grupa” Baltic Product Group Leader Jānis Mārkots comments: „The distribution of „ASRock” products into Baltic states is a purposeful step, that we were directing in order to provide a broader offer of computer motherboards for our customers, thus strengthening ELKO positions as the leading IT wholesaler in the market of the Baltic states. ELKO has always taken care of its customers when offering a wide range of products of the world’s leading producers. Therefore, the beginning of the cooperation with the „ASRock” – the third global largest producer of the motherboards – is very important.”