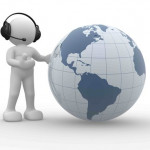 EPAM Systems, Inc., a leading provider of complex software engineering solutions and a leader in Central and Eastern European IT service delivery, today announced plans to release its fourth quarter and full year 2013 results after the market closes on Wednesday, February 19, 2014. The Company will host a conference call to discuss results on Thursday, February 20, 2014 at 8:00 a.m. Eastern Time.

Interested investors and other parties may also listen to a webcast of the conference call by logging onto the Investor Relations section of the Company’s website at http://investors.epam.com.

EPAM is ranked #2 on the 2013 Forbes list of America’s Best Small Companies: 20 Fast-Growing Tech Stars and is recognized among the leaders in software product development services by Forrester and Zinnov analysts. The company is also included in the top 30 in IAOP’s “The 2013 Global Outsourcing 100″ list.